In line with social distancing advice and to protect residents and staff the Council has taken the decision to close the Council offices to the public until further notice.

Whilst the offices are closed to visitors, you are still able to access services and information from this website 24/7. 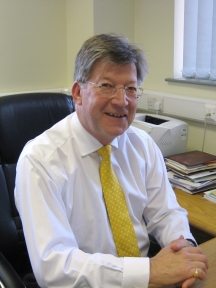 The Chief Executive is the senior officer who leads and takes responsibility for the work of the paid staff of the Council, who run the local authority on a day to day basis. The role of Chief Executive is a full time appointment; it is the highest paid officer role and is responsible for selecting, appointing and managing the staff.

The Chief Executive is selected on merit, against objective criteria, following a rigorous selection exercise. The process is usually facilitated by independent experts who conduct a national search and advertisement campaign to attract the best people.

The Chief Executive will usually be highly qualified in a professional discipline. Typically this would be in law, finance or a service area such as health, planning or housing. The postholder will have extensive experience in related fields of work and possess a wide range of management skills.

A panel of senior councillors will interview and select a person and make recommendations to the council The Chief Executive is appointed by the whole Council.

By law, the Chief Executive is not allowed to participate in any party political activity and is expected to advise and assist all councillors irrespective of their political affiliation.

The complex nature of the role and the wide breadth of service areas mean that the role of a local government Chief Executive is highly specialized. Typically only somebody with extensive and unique local government experience is suitable for the role.
As Head of the Paid Service, the Chief Executive works closely with 41 elected Councillors for Castle Point to deliver the following:

There have been three Chief Executives since Castle Point Borough Council was created in 1974. The first, Arthur Neighbour, served until 1988 when Barry Rollison, a solicitor, was appointed to the role.

The current Chief Executive is David Marchant, who was appointed in April 2005. He is a Chartered Civil Engineer with a first degree in Civil Engineering and a second degree in Law. He has worked for a number of councils including the London Boroughs of Barking, Newham and Harrow and latterly with Brentwood Borough Council where he was Deputy Chief Executive. He has extensive experience of local government and a reputation for creating highly quality value for money services. David Marchant is a Peer with the Local Government Association (LGA). This is a national body and the peer programme is designed to improve local government. He has advised and helped a number of authorities including Dover, Waverley, Waveney, North Devon, North Hertfordshire and Tewkesbury. David was also involved with the Chief Executive Sounding Board that helped develop the peer challenge programme and led the first challenge in Mid Devon. This is a voluntary unpaid role but involves extensive research and analysis of authorities and intensive onsite reviews and feedback.

The Chief Executive is expected to work such hours as are necessary to ensure the job gets done. This routinely involves a number of evenings a week as well as the standard Monday to Friday business week. Occasional weekend working is required. The postholder is ‘on call’ at all other times, particularly to cover emergency planning requirements. No extra payments are made for such extended hours.

The salaries of officers earning in excess of £50,000 per annum, including the Chief Executive, are published in the Annual Statement of Accounts