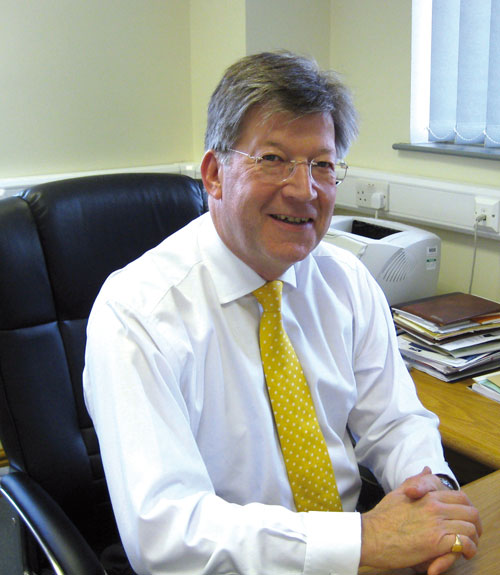 It is with great sadness that Castle Point Borough Council announces that Mr David Marchant Chief Executive passed away on 11th March 2021 at the age of 68 following a short illness.

David Marchant made a huge impact during just under 16 years as Chief Executive of Castle Point Borough Council most notably leading the transformation of the Council from one of the worst Councils in the Country to one of the best performing.

Beyond Castle Point David Marchant was the longest serving Chief Executive in Essex and is held in the very highest regard by Councillors and colleagues across Essex particularly South Essex and within Local Government.

David led from the front, extremely hard working, loyal and dedicated to public service. As Mayor and as a former Leader of the Council I had the highest respect for David and valued his wise advice and guidance.

Our thoughts are with David‘s family and friends at this sad time.

Councillor Jeffrey Stanley Leader of the Council said ‘I am very sad to learn of this news. I have the greatest admiration for David Marchant for all he has done and achieved. David enjoyed his job and I enjoyed working with him these past years.

This is devastating to us all but particularly the Council’s loyal and hardworking staff David was extremely proud of his staff and I have no doubt they will continue as he would have wished.’

David lived in Castle Point and is survived by his wife Wendy, son Nick and two grandchildren.

David Marchant was in local government for over 40 years. A Chartered Civil Engineer with a first degree in Civil Engineering and a second degree in Law. He worked for a number of councils including the London Boroughs of Barking, Newham and Harrow and latterly with Brentwood Borough Council where he was Deputy Chief Executive. He had an extensive experience of local government and a reputation for creating high quality value for money services. David Marchant was a Peer with the Local Government Association (LGA). This is a national body and the peer programme is designed to improve local government. David was also involved with the Chief Executive Sounding Board that helped develop the peer challenge programme This was a voluntary unpaid role but involving extensive research and analysis of authorities and intensive onsite reviews and feedback.

David was also a trustee of the Zenith Multi Academy Trust. The objective of the Trust is higher education in Castle Point.

He will be missed by so many.
R.I.P
Councillor Colin Riley
Mayor Castle Point Borough Council

* Due to Covid the Council office is not currently open to the public.